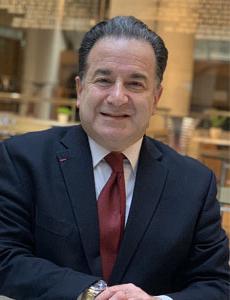 After obtaining his MD, as Laureate of the Faculty of Medicine, from Université Paris 5 René Descartes –France, Professor Hakim underwent surgical training at Guy’s Hospital in London. Following on he received his PhD from the University of London. He completed a Gastrointestinal Fellowship at the Mayo Clinic and a Transplant Fellowship at the University of Minnesota.
Academically, he has published over 150 peer-reviewed papers and written/edited 21 textbooks in the fields of General, Transplant and Bariatric surgery. He successfully started the first Pancreas Transplantation program in the South East of England. In addition to being on the Editorial Board of Transplantation Proceedings, Graft, and Experimental and Clinical Transplantation, he served as Editor in Chief of International Surgery (2000-2011) and is currently the Emeritus Editor.
In 1998 he represented Great Britain in the international team which performed the world first successful arm transplant. He is the first recipient of the Max Thorek Professorship of Surgery. He was awarded Honorary Professorships from Lyon University, Ricardo Palma Lima Peru University, Bashkent Ankara University, University of São Paulo and was visiting professor at several institutions worldwide including Harvard University and the Cleveland Clinic. He is an Adjunct Professor of Transplantation Surgery at Imperial College London. He was elected as the 35th President of the International College of Surgeons. In 2007 he was awarded the J. Wesley Alexander Prize for outstanding research in the field of Transplantation. He has been a transplant tutor at the London School of Surgery since 2008. He is currently the Vice President of the Royal Society of Medicine. Since 2010 he was been a specialist advisor to NICE in the field of new transplant interventions. He is a member of The International Bariatric Surgery Review Committee (IBSRC) 2010. Honorary Fellow of the Association of Surgeons of India (ASI) 2010. Royal College of Surgeons of England Assessor (since 2013). Examiner Intercollegiate Specialty Boards (since 2013). Governor American College of Surgeons UK Chapter (2014-2017). He is also a Bailiff Grand Cross Order of St John of Jerusalem (2010).